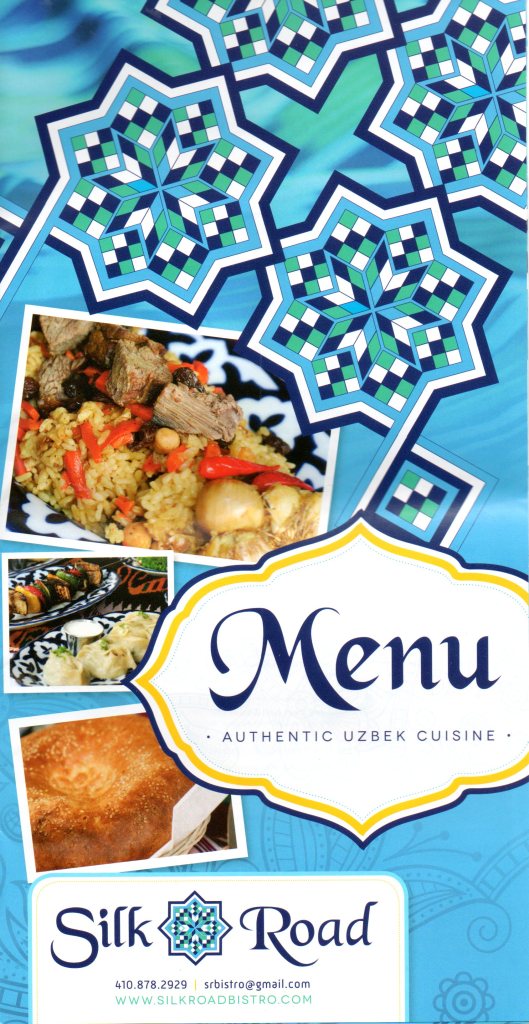 Uzbekistan. Maybe you’ve heard of it, maybe you haven’t. Herman Cain, the one-time, front-running Republican candidate for President in 2011, had absolutely no clue about who that country’s president was, and infamously stuttered, “Uzbecki, becki, beckistan” to buy some time. For the record, Uzbekistan, or more formally the Republic of Uzbekistan, lies smack dab in the middle of Central Asia, bordered by five countries: Kazakstan to the north; Tajikistan to the southeast; Kyrgyzstan to the northeast; Afghanistan to the south; and Turkmenistan to the southwest. Formerly part of the Soviet Union, the country belonged to the Turkic Khaganate before that. Their official language is Uzbek, not Turkish, and Mr. Cain, if you’re interested, the current President is Islam Karimov.

But my own interest in Uzbekistan has nothing to do with politics, and everything to do with their food, which I first had the pleasure of tasting last year at a local restaurant called Silk Road. While most Uzbeks are Muslim, it makes sense that the restaurant is located in the Baltimore suburb of Pikesville, a heavily Jewish enclave that is now home to a lot of Russian Jews. You know what they say: Once a former Soviet satellite….Anyway, since we enjoyed the place so much the first time, I don’t know why it took so long for a repeat visit, but I can confidently say we will be going back again very soon.

Those familiar with my tastes know that I tend to skew towards spicy, but Uzbek cuisine has nary a hint of heat. Event the hot sauce I requested from the waitress was mostly tomato-based with maybe a sprinkle of paprika. But the food itself does not really cry out for much enhancement. It’s simple and clean cuisine, using good ingredients, which is flavorful and hearty.

Take our first course, the soups. I ordered the Shurpa ($5.49), a traditional dish made with chickpeas, lamb and vegetables, and my wife got the Borsh ($5.49). Talk about a soup that eats like a meal: My bowl had plenty of chunks of tender lamb and  vegetables. The clear broth also tasted like someone’s grandmother had been tending the pot for many hours. My wife’s Borsh was not like any Russian Borscht we’ve ever eaten, but was loaded with chunks of beef, beet, and cabbage. Both soups came with a sprinkle of fresh dill, and it’s theses little touches that can really liven up a whole dish.

We also ordered a couple of salads. The eggplant salad ($6.99)featured cold slices of fried eggplant layered with tomatoes, garlic and more of those fresh herbs. Yum! The Tashkent salad ($6.99) was like their version of a Greek salad with tomatoes, cucumbers, and radishes practically hidden under what looked like a blizzard of crumbled feta. I like places that are not stingy with their feta–especially when it is this mild and good. If you are thinking the soups and salads are on the pricier side, everything else on the menu is a downright bargain.

We tried two hot appetizers: Samsa ($2.50), a crispy pastry stuffed with ground beef, onions, and spices; and Kutabi ($2.50), thinly kneaded dough filled with beef and fresh herbs served with a yogurt dipping sauce on the side. Both were great, and we could have eaten more, but wanted to save room for the main courses.

At the recommendation of our Armenian waitress, who was very familiar with the food, we ordered the Plov ($7.45), which is a signature Uzbek dish similar to a pilaf with rice, meat, and vegtables. Once again, the generous portion allowed us to split this dish, and then get some kebabs on the side as well. I ordered lamb and veal liver, while my wife got beef and chicken ($3.99-$4.49). Each kebab came grilled to perfection on those wide metal sticks–the mark of a professional–and garnished with a side of raw, sliced onions. The meat had obviously been well-marinated, tender and moist as it was.

This meal brought to mind many different cuisines–mainly Turkish–but it had its own character as well, a unique blend of eastern and western influences. I guess geography has everything to do with that, since Uzbekistan is located at the crossroads. The Silk Road, in fact, was one of the first trade routes between east and west.

Not only did we leave with full stomachs and satisified smiles on our faces, but we also learned something about another culture and a place far, far away. I love it when a simple meal can do that.